Perhaps the least contestable thing you can say about the unpredictable Donald Trump is that he is a polarizing politician. Clearly a lot of people idolize him, while it seems almost as many detest the new President.

Yet no one appears to have posed the key dilemma that will surely determine the success of his reign – will his ardent followers continue to love him for an extended period into his Presidency? Will they forgive the inevitable setbacks and disappointments? Can Donald Trump display the necessary leadership skills to retain the country’s confidence when governing isn’t going his way? 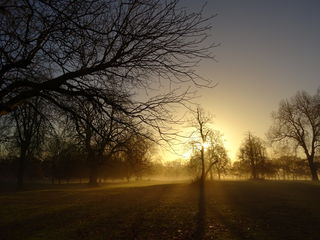 There is a recent scientific psychological study which suggests an intriguing answer to these questions.

The research was entitled, “The Leader Ship Is Sinking: A Temporal Investigation of Narcissistic Leadership,” and concluded that despite enjoying a honeymoon period of leadership, the appeal and attractiveness of the narcissistic leader rapidly wane. University students were randomly assigned to leaderless groups, enabling participants to develop and display leadership.

This study might predict that Donald Trump’s supporters could become rather rapidly disenchanted with the very trailblazer they so idolize at the moment.

The investigation, published in the prestigious academic psychology journal, ‘Journal of Personality’ in 2016, was inspired by the so-called ‘chocolate cake’ model of narcissistic leadership.

This model was first introduced by Keith Campbell, a Professor of Psychology at the University of Georgia, who was alluding to the fact that the ﬁrst mouthful of chocolate cake is usually tasty and therefore extremely pleasurable.

But, as over time as you consume more of the confectionary, it is the very richness of its taste which renders you increasingly nauseous. Professor Keith Campbell contended that being led by a narcissist was like eating too much chocolate cake: Narcissists are initially perceived as effective leaders, but this positive take seems to decrease over time.

Originally developed to explain love affairs with narcissists – ego-merchants are great on a first date, but tend to get tiresome further into a relationship – the ‘chocolate cake’ model also applies to leaders and their followers.

Is the psychological research on narcissistic leaders predicting that once the honeymoon is over, Donald Trump’s followers will regret their commitment, following the heady ‘first date’ of the election campaign?

The authors of the latest study, from Bangor University, The University of Stirling and The University of Derby in the UK, were partly inspired by this finding that while narcissists make a better first impression than those less in love with themselves, with increasing acquaintance, their heightened arrogance begins to drag. So, almost inevitably, narcissists are found less entertaining the more you get to know them, particularly unappealing being their tendency to swagger, and overestimate their talents.

Psychologists, Chin Wei Ong, Ross Roberts, Calum Arthur, Tim Woodman and Sally Akehurst, the authors of the latest study into narcissistic leadership, point out that one possible explanation for why narcissistic leaders seem great ‘on a first date’, but end up being rated poorly in the long run is that leadership ‘emergence’ and ‘effectiveness’ are two different things, but are frequently confused with each other by an electorate.

Leadership emergence is achieved by attaining high status in a group of strangers, while once identified as a leader, effectiveness is judged by actual performance in the post.

Although there is no doubt Donald Trump is masterful at emerging as a front-runner, this doesn’t predict his future effectiveness as a leader. His followers may experience a rude awakening.

Another theory is that narcissists’ decision-making strategies focus on short-term gains (useful at the beginning of popularity contests) but then later while being in power, this strategy comes at the expense of long-term beneﬁts.

The authors of this latest study found that the decline in rating of leadership in those higher in narcissism is associated with a waning in the degree to which they display transformational leadership.

The researchers explain that transformational leadership is an approach that involves establishing relationships with followers through emotional, and inspirational interactions, so that supporters become motivated to perform beyond their expectations.

However, given narcissists’ continual striving for self-enhancement and personal glory to the extent of exploiting others for personal gain, their transformational leadership possibilities fade over time.

A truly great transformational leader grabs your attention – but does so in a bid to get you to perform better. By everyone in the team doing better the squad wins and rises to the top. In the end, it’s not about them – it’s about you.

Perhaps the most emblematic example of this is the famous quote from John F Kennedy delivered at his inauguration on January 20, 1961: ‘My fellow Americans, ask not what your country can do for you, ask what you can do for your country’.