Coping With Not Knowing What Happened To A Missing Loved One

Is ‘ambiguous loss’, when someone goes missing, the very worst kind of loss?

by Raj Persaud and Adrian Furnham

One of the most heart-rending aspects of the West London Tower Block fire tragedy, has been the plight of relatives and friends, besides themselves with anxiety and worry over the fate of the missing.

Is trying to cope with uncertainty about the fate of a missing person, the very worst kind of grief? 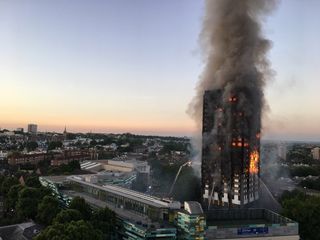 Those directly involved with the Grenfell Tower catastrophe might suffer emotional repercussions long after their physical needs have been addressed by the emergency efforts. This psychological distress might be neglected by the crisis services. Yet it is the mental impact which could, in the long run, be most disturbing.

This particularly dreadful predicament is referred to by experts as ‘ambiguous loss’, because it remains unclear what has definitively happened to the missing person, so the psychology of hope is naturally activated.

Hope becomes a two-edged sword; inspiring at times positive optimism and a desire to keep fighting on, but if or when hopefulness becomes dashed, maybe even deeper despair follows. It is this turmoil of contrasting emotions, endlessly oscillating between hope and despair, which renders this kind of grieving particularly stressful, and may prevent ‘closure’ or finding mental peace.

Which is worse, to know definitively that a loved one has been killed, or to not know what happened; just that someone has gone missing?

A study entitled, ‘Missing or Killed: The Differential Effect on Mental Health in Women in Bosnia and Herzegovina of the Confirmed or Unconfirmed Loss of their Husbands’, recently investigated this precise question by comparing the impact on two groups of women living in Bosnia and Herzegovina; those whose husbands were either confirmed as having been killed during the 1992–1995 war, or who were at the time of the study, officially still listed as missing as a result of the war.

The researchers, Steve Powell, Willi Butollo and Maria Hagl, found the group with unconfirmed losses had higher levels of traumatic grief as well as severe depression.

The study, published in the journal European Psychologist, found that the unconfirmed loss of a family member produces more distress, compared with enduring a confirmed loss. The authors conclude that the particularly high levels of severe depression, including suicidal thinking, in this group, was expecially worrying.

Another recent study entitled, ‘When hope and grief intersect: Rates and risks of prolonged grief disorder among bereaved individuals and relatives of disappeared persons in Colombia’, compared those who lost a significant other to disappearance, with the bereaved, and found the extent of hope in those dealing with a disappearance, predicted ‘Prolonged Grief Disorder’. 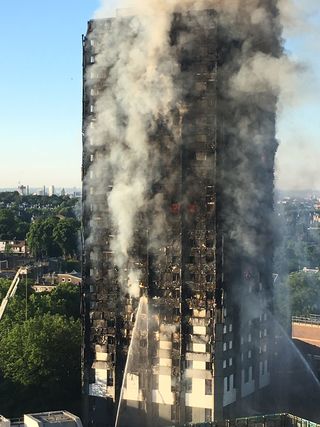 Prolonged Grief Disorder is referred to by the authors of this study, Carina Heeke, Nadine Stammel, Christine Knaevelsrud, as a grief reaction following loss, characterized by intense longing and yearning for the lost person combined with feelings of hopelessness and emptiness over a period of at least 6 months.

The study, published in the Journal of Affective Disorders, found the more strongly people hope that their loved one is still alive, the greater the severity of Prolonged Grief Disorder symptoms.

Psychologists have attempted to study how to best counsel those suffering in this predicament and some have argued against delivering ‘false hope’. It may be there is a balance to be struck between trying to counsel against unrealistic or unjustifiable levels of hopefulness, as opposed to crushing all hope.

While it may seem blindingly obvious what people are hoping for, the person being alive and well, yet this hope may evolve over time, for example, into praying that the missing person did not suffer.

The problem is that while there is hope, this leads to incessant dwelling on the missing person, interfering with daily life, leading to collapse in the long run.

We have become used to images of missing people collecting on street corners as signifying the hope of those searching for any news, and this phenomenon seems to have first been studied as a coping mechanism, following the 9/11 tragedy in New York.

It may be that this is the kind of heartbreak where, uniquely, hope renders you worse.

But many psychologists contend that ‘ambiguous loss’ is a lot more common than people realise, for example when a loved one develops severe dementia, there is a sense in which they remain physically present, but have in a sense also ‘gone missing’, in terms of the person you once knew.

Viktor Frankl, a famous psychiatrist who survived the holocaust, argued there can be no meaning to our lives without hope, and no hope without meaning. Viktor Frankl lived and worked amongst those for whom there could surely be no hope, as they had lost everything, and knew they were going to be killed. Yet he contended it was possible to find meaning to our lives even in the face of the most brutal and inhuman catastrophe, as he himself had directly experienced at the hands of the Nazis.

The art of survival would appear to hinge on how to find new meaning and hope in life, according to Viktor Frankl, and this might mean having to say good-bye when you remain unconvinced you can be certain over what happened to your loved one. This sometimes feels like a betrayal of them.

With any ambiguous loss, you are the one who has to make the choice to finally say good-bye, whereas in every other kind bereavement, that decision is more forced upon you.

But the fact the victim of ambiguous loss must have experienced love and attachment, for grief is the heavy price we pay for love, is also maybe something on which we can base our hope for the future, because that love made life worth it.

The very reason for the despair, is the foundation for hope for the future.

Carina Heeke, Nadine Stammel and Christine Knaevelsrud. ‘When hope and grief intersect: Rates and risks of prolonged grief disorder among bereaved individuals and relatives of disappeared persons in Colombia’. Journal of Affective Disorders 173 (2015) 59–64

Powell, Steve; Butollo, Willi; Hagl, Maria. ‘Missing or killed: The differential effect on mental health in women in Bosnia and Herzegovina of the confirmed or unconfirmed loss of their husbands’. European Psychologist, Vol 15(3), 2010, 185-192