Are Referees Unfair to Female Players?

Does psychological research support the accusation of referee bias?

by Raj Persaud and Peter Bruggen

Commentators, professional tennis players and fans remain embroiled in a bitter dispute over whether Serena Williams is right to accuse Carlos Ramos, the male umpire of her US Open Final, of sexist bias against her, leading her to lose this crucial match. 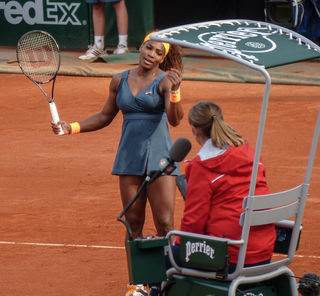 The row has uncovered a deeper controversy: Do female professional players routinely face discrimination on the court?

The latest psychological research reveals whether this is an even deeper issue, across all sports.

While the debate rumbles on, both sides have traded only anecdotal evidence—whether a particular male or female player displaying the same behavior received similar treatment.

Psychological research could provide a definitive resolution to the debate.

A study entitled, “Referees’ Decision Making about Transgressions: The Influence of Player Gender at the Highest National Level,” examined umpiring decisions in elite handball matches between the female and male leagues, from the First Division of the French Handball Championships, which is the highest national level for this sport in France.

The investigation focused on player transgressions, and a statistical analysis of a large number of matches found definitively that referees made harsher decisions in the female compared with male games.

The authors of the study, a team of psychologists lead by Nicolas Souchon, Genevieve Cabagno and  Gregory Maio, from the Université Paris Ouest Nanterre La Défense, University of Rennes and the University of Bath, argue that aggressive behaviors are more shocking and salient when they are displayed by a woman than by a man.

There may be a widespread expectation that women should be less aggressive than male players. A female competitor’s antagonistic behavior will be seen as more hostile than it really is, compared to what men do, through the psychology of what is termed a ‘contrast effect’.

Violating male expectations of what it is to be feminine could produce a motivation within referees to punish more severely argumentative assertivewomen.

The study, published in the journal Psychology of Women Quarterly, argues that we generally expect that women are implicitly collaborative rather than competitive. Kindness, concern for others, warmth and gentleness, are supposedly feminine traits, while men are expected to be more confidentand aggressive.

So, when men behave aggressively on the tennis court or in any sporting arena they are just being men; they are being masculine in a desirable, competitive way. In contrast, if women perform exactly the same behavior, by violating social expectations, aggression might be more surprising and therefore judged as excessively belligerent.

This first psychological investigation of the role of player gender in officiating at the highest national level of competition has therefore revealed a significant gender bias effect in elite sport refereeing. 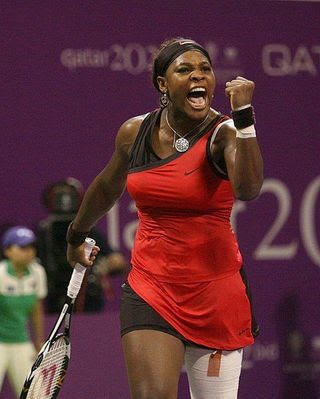 Serena Williams playing at The Open in Doha
Source: Hanson K Joseph. This is a file from the Wikimedia Commons

The authors argue that the effect of player gender in refereeing might be pervasive across all sports.

All of the referees in both studies were male.

Perhaps we should not be so surprised that referees suffer from various psychological biases: This is endemic in umpiring across every sport.

Previous psychological research has established that crowd noise significantly reduces the number of fouls awarded against the home team. Statistical analysis has established that referees in football and ice hockey perceived players wearing black uniforms to be the more aggressive ones. Consequently, they also tended to penalize them more, perhaps because, psychologically, the black color is associated with aggressiveness.

Studies find that football referees are less likely to penalize players who have vocal crowd support, even when the players have clearly committed a foul.

Prejudice in all sorts of forms, not just sexism, is widespread in refereeing, but this is because referees are prone to the various partialities that all of us are.

They are just being human.

It is rumored that at the elite level of the game, tennis stars have been offered more technology and less human judgement, for example the possibility of computerized video analysis completely replacing human line call judges. But it is said the tennis players preferred the human touch.

Maybe it is this very frailty of referees which may serve the most useful psychological function of all, as it gives fans, no matter what sport they follow, someone to cathartically scream at and ventilate at the weekend, venting all that pent-up frustration from the defeat of the working week.

You can blame the referee for why your team lost, remaining in denial that they just weren’t good enough on the day.

Indeed, shouting at the umpire many have served a psychological function for Serena Williams herself. It may have conveniently delivered someone to blame for her losing. Rather than pointing the finger at herself for not playing as well as her opponent, the pictures of her pointing an accusing finger at the umpire have dominated the headlines. Sometimes when we yell at someone, on the inside, we are really screaming with ourselves.

Even if Williams is right that bias is endemic in sports refereeing—and psychological research backs her up—these biases are unlikely to disappear overnight. So, if she is going to have a real chance of drawing level with Margaret Court, winner of 24 Grand Slam Singles Titles, she may need to learn some better sports psychology about how to handle it when a referee makes a bad decision. Indeed, maybe the pressure of this historic moment turned this particular match into a much higher stakes situation in this supreme player’s mind, which contributed to her breakdown on court.

This merely reinforces the point of just what a mind game tennis really is.

Biased umpiring: Yes or no? It is all part of the game.